Take a cultural tour of Lake Toba where myths and legends are part of the Batak everyday life. They are told by generations to generations as never-ending stories. Here are some examples. 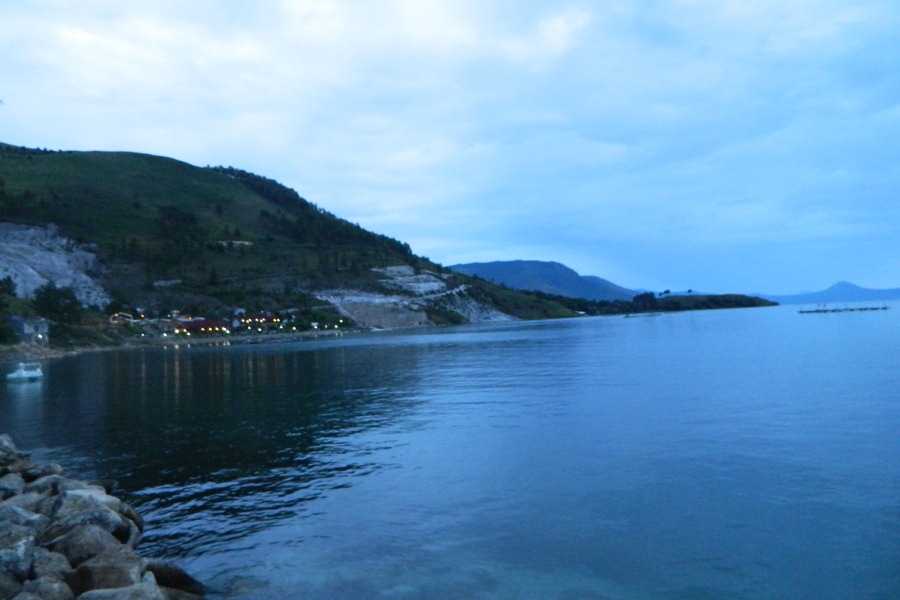 According to folktales, once upon a time, a fisherman caught a goldfish in the pond near his home. As he prepared his dinner, he was surprised to find out that the fish had disappeared. He was even more shocked when he saw a beautiful young lady standing in the kitchen. In short, they married and had a son. His wife told him a secret that if he disclosed to anyone about her past, then a big catastrophe would break out. A few years later he was upset with his son. He was so angry that he forgot about the secret; and yelled at him “what a son of fish!” A thunderstorm followed his anger and marked the beginning of the disaster. Toba volcano erupted, leaving a large crater then filled in with water and called Lake Toba. The fisherman and his family died. They later re-emerged as Samosir and the smaller islands inside the lake.

It is hard to figure out how a massive eruption that spewed out rocks and ashes from Indonesia to India left a 2-meter (6.5 ft) long stone hanging on the cliff. Here is the story much easier to digest. A long time ago in a small village on the shores of Lake Toba lived a husband and wife with a daughter, Seruni. She was sad because his father wanted to match her with her cousin when she was in love with a boy in the village. With her chaotic mind, Seruni fell as she stood near the lake. In her struggle for survival, she was able to grab the cliff but unable to climb back up. Her family had come to help. But Seruni, still overwhelmed by sorrow, would rather stay on the cliff than returning home to marry her cousin. She exclaimed “Parapat, parapat, parapat” to the rocks nearby. Parapat means “get closer.” The rocks began to stick to her body and finally formed the hanging stone. See more. 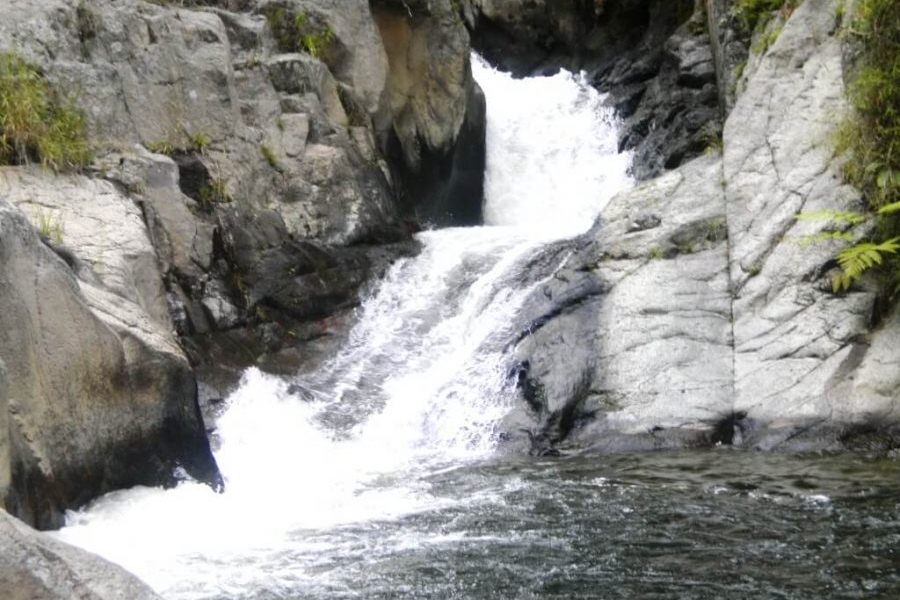 Aek Sipangolu means life water. It is a spring coming out of a mountain near Bakkara Valley. The water is believed to cure various diseases. According to residents, by praying before drinking, washing your face, bathing or doing a small ritual at Aek Sipangolu, sick bodies will recover, problems will disappear, and life will improve. At one time, a person with paralysis came out of the water and walked again. The story behind the waterfall is incredible. According to the legend, the area used to be the resting place of King Sisingamangaraja I and his elephant. Once upon a time, they were thirsty, but the water was too far down the hill. The king begged the Almighty, then stroke his wand onto a stone. Instantaneously, the water came out, and it flows until now. See more. 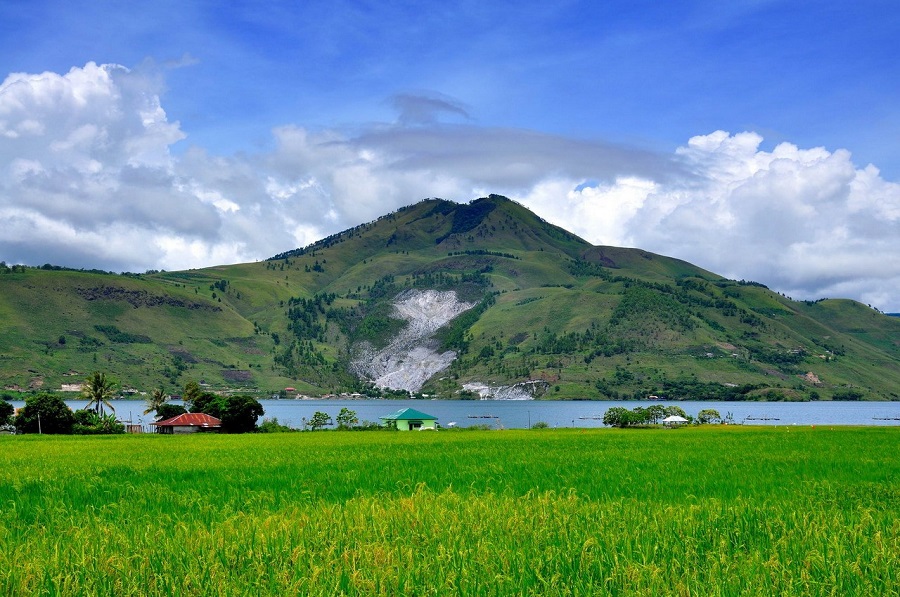 According to folktales, Bataks are descendants of human gods namely Siraja Odap-odap and Siboru Panujar. They descended on Mount Pusuk Buhit as the first pair of Batak. They built their first settlement between Sagala valley and Lintong Maulana valley, i.e., at the foot of the mountain. The village was known as Sigulanti. Siraja later opened a new village called Sianjur Mula-Mula. From there, Batak has spread out continuously until today. See more. 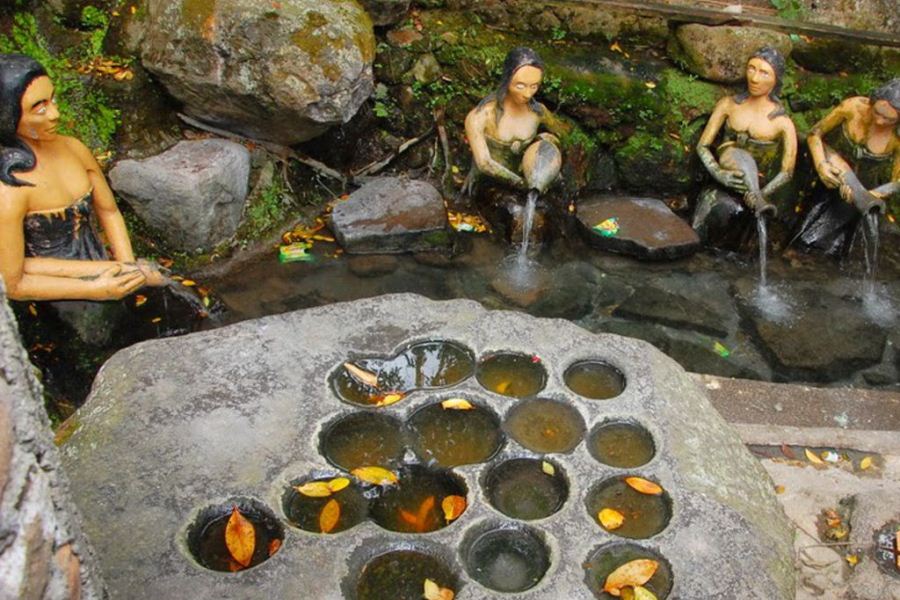 Aek Sipitu Dai is a spring that has seven fountains on Samosir. Local people often come here for a blessing. They believe that the water can heal numerous diseases. According to them, Debata Mula Jadi Nobolon (a Batak ancestor and king) may grant any wishes for those who pray in the fountain. Due to this belief, many visitors pray for wealth and health. Aek Sipitu Dai is well-known among both locals and foreigners. Tourists want to witness its uniqueness with their own eyes. See more.

Hariara tree has been considered sacred by Batak. Batak believes in the ability of this tree to determine the course of someone’s life, so it often acts as an adviser. For example, Hariara tree was consulted by traditional elders to decide on when it was appropriate to build a settlement. How did they do so? First, they would plant Hariara tree seedlings at a place where they proposed to build a village. If after seven days the seedlings flourished, then the elders took it as advice that the land around the tree was the right choice and vice versa. Bataks also believe that older hariara is home to spirits of the ancestors.