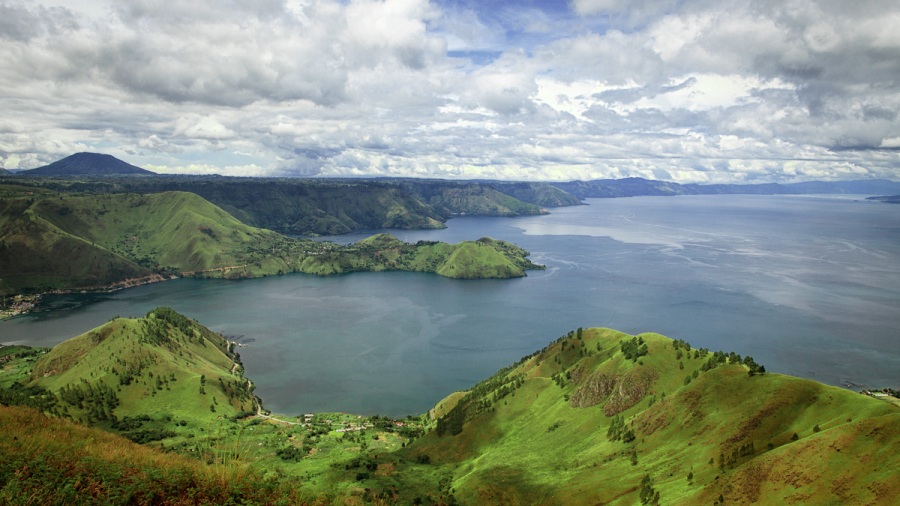 Toba Caldera Geopark is the name designated to Lake Toba from a geological point of view. Toba Caldera refers to the rock chamber that forms shortly after the Toba eruption 74,000 years ago, creating a magnificent geopark once the water has filled it in and a fertile surrounding area has grown into what it is today. It has also become a United Nations Educational, Social, Cultural Organization (UNESCO) Global Geopark and a member of the UNESCO Global Geoparks Network since July 2020. The network currently has 161 geoparks in 44 countries. This suggests that Lake Toba has been subject to more regular and rigorous checks to ensure it meets the Network’s standards, such as improved tourist services, safety and security, infrastructure maintenance, and cleanliness.

The designation means that Lake Toba is not only physically and culturally interesting but also geologically significant to the world. It is the place where the biggest eruptions on earth within the last 2.5 million years. The explosion caused enormous casualties on the one hand but promoting tourism and the study of geology on another. Tourists have come from all over the world to see the biggest volcanic lake and feel the remarkable history there. Right at the same place, the world also witnesses the history and distinctive culture of the people who have lived there for over 2,000 years (see People and Culture on Lake Toba.)

The eruptions collapsed the roof of Toba magma chamber and exposed the basement rocks of this area. They consist of metasedimentary rocks that used to be parts of the Gondwana continent formed in the South Pole region during the Permo-Carbon era (300 million years ago). You can physically see the rocks around the steep-cliff walls in some parts of Lake Toba.

According to some Deoxyribo Nucleic Acid (DNA) evidence, the eruptions killed so many people that they reduced the number of global population by 40%, to perhaps 10,000 to 30,000. Other evidence suggested the remaining population was only 3,000 to 10,000 individuals.

The water from the surrounding forest area filled in the caldera and formed Lake Toba. In the process of reaching a new equilibrium post-eruptions, the residual pressure of the magma chamber pushed up the lake bottom and formed Samosir Island (resurgent doming). The new island is now bigger in size than Singapore.

The sediment composition of pyroclastic products of the eruptions (SiO2> 70%) makes the SiO2 content of the lake water ideal for the growth of diatoms (fresh-water algae), which is consistent with the discovery of lake deposits that are rich in diatom fossils on the Samosir island.

The volcanic activity also formed several cone volcanoes accompanied by resurgent doming along the western edge of the lake. They include Mount Sibandang-Pardepur, Mount Pusuk Buhit, and Mount Sipiso-piso. Some of the geothermal fields also emerged in the area (see 5 Most Recommended Hot Springs on Lake Toba). The blasts indeed left a unique landscape following the largest volcanic eruptions in the Quaternary Period (recent 2.6 million years).

Sixteen clusters of geosites regrouped more than 40 Toba Caldera geo-evidences. They include Sibaganding geosite, Garden of Eden 100 geosite, Basiha Stone-TB Silalahi geosite, and much more. For example, the Garden of Eden 100 Geosite is the outcrop of the mudstone (metasediment) unit exposed on a waterfall cliff and aged 840,000 years at Porsea Geoarea. This geosite is in Lumban Rang Village, North Sionggang, Lumban Julu District, Toba Samosir, 1,100-1,750 meters (3,600-5,700 ft) above sea level. The Garden of Eden 100 is also a nature park with a mission to preserve the forest around Lake Toba. See the full list of the geosites here.